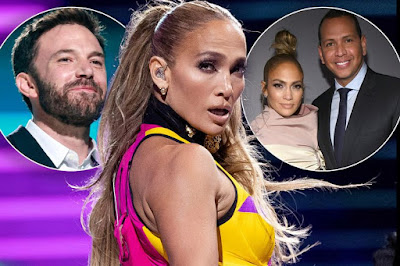 Jennifer Lopez appeared to waste no time in getting back “out there” after calling off her engagement to Alex Rodriguez.

And her potential choice in partner has left everyone gasping in disbelief – including A-Rod.

J-Lo and former fiance Ben Affleck sparked romance reunion rumours after they spent the weekend together.

According to TMZ, the Batman actor and the Jenny from the Block singer were at the Big Sky Resort in Montana, an area close to Yellowstone National Park.

And the potential romance reunion sent fans into overdrive after the pair initially split 17 years ago.

It’s also said to have left a bitter taste in 45-year-old Alex’s mouth, with sources saying the former baseball player is “very shocked” that the couple once dubbed ‘Bennifer’ had been getting close once again.

A source close to Jennifer told E! News that Alex was “flabbergasted” with her liaison with Ben.

The source said: “A-Rod is shocked that J-Lo has moved on. He truly thought they would be able to make it work and reconnect.

“He has been reaching out to J-Lo trying to meet with her and she has been very short with him.”

And the source revealed that Alex had reached out to his ex-fiance to let her know he is disappointed with the situation.

But they also admitted that the singer has no intention of patching things up with A-Rod and is planning on moving on with her life.

The pair had been trying to work things out but split again last month.

And it now appears that J-Lo and Ben could be rekindling their “strong connection”.

A second insider close to the singer told E! that their reunion was a chance to “see where this could lead.”

Another source told People on Monday: ” [Jennifer] spent several days with Ben out of town. They have a strong connection. It’s all been quick and intense, but Jennifer is happy.”

Ben’s last relationship came to an end earlier this year after he split from Ana de Armas after one year of dating.