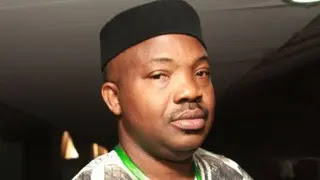 The Pan Yoruba Socio-cultural group Afenifere, has cancelled this month’s meeting scheduled for today (Tuesday) as a mark of respect for its late spokesman, Mr Yinka Odumakin, who died at the weekend.

The Assistant General Secretary of the group, Mr Adeleke Mabinuori, announced the cancellation of its April meeting in a statement.

The statement read: “I have been directed by the acting Leader, Chief Ayo Adebanjo, to inform you that the Afenifere meeting scheduled for Tuesday, 6th April, 2021 is cancelled.

Odumakin, the Afenifere spokesman, died on Saturday in Lagos from COVID-19 complications.

Afenifere in its official statement on Saturday in Akure said Odumakin served the body for 17 years.