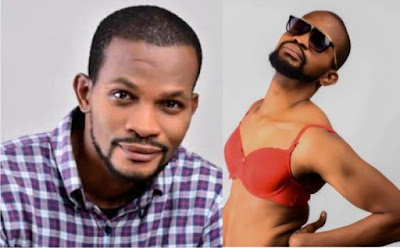 After months of parading himself as being gay, actor Uche Maduagwu has made a u-turn saying he isn’t gay.

Recall the actor in January had come out declaring he is gay, while sharing a photo portraying him as one and captioned it; ”Proudly GAY”.

This was shortly after a gay video of a certain upcoming actor went viral.

He even went on to allege that not less than 12 sitting governors are gay.

”Omg even my girlfriend left me despite knowing i was fighting for LGBT right in naija but i no regret using my celebrity status to fighting for this beautiful community.”