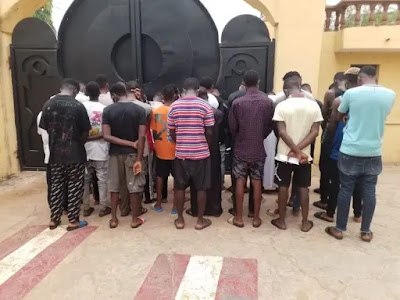 The commission said the suspects were mostly students.

The EFCC said the suspected fraudsters would be arraigned in court as soon as investigations were concluded.