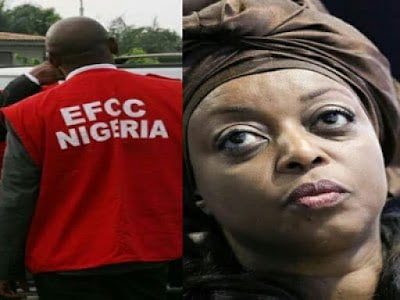 If the words of the Economic and Financial Crimes Commission (EFCC) Chairman, Abdulrasheed Bawa, are anything to go by, former Petroleum Resources Minister Mrs. Diezani Alison-Madueke would soon be repatriated.

He said several cases surround the one-time minister, who has been living in the United Kingdom (UK) since 2014.

According to the anti-graft agency boss, $153 million and 80 properties have so far being seized from her.

Besides, Bawa said the trial of all those involved in the $115 million poll bribery scandal has not been discontinued, adding that the EFCC was awaiting the return of Mrs. Alison-Madueke to the country.

On Illicit Financial Flows (IFFs), Bawa said: “It’s a huge challenge to get the proceeds of crime repatriated to Nigeria.”

He said there is no going back on the June 1 date set for bankers to declare their assets because financial institutions remain critical in the battle to curtail financial crimes.

Bawa, who said he is not in any way intimidated, but challenged by the task ahead, spoke during a One-on-One interview on the the Nigerian Television Authority (NTA).

The text of Bawa’s interview was contained in the EFCC’s in-house magazine: “ALERT”, which was made public yesterday.

Speaking on Mrs. Alison-Madueke, Bawa said: “There are several cases surrounding that. As you may have read, I was part of that investigation, and we have done quite a lot. In one of the cases, we recovered $153 million; we have secured the final forfeiture of over 80 properties in Nigeria valued at about $80 million.

“We have done quite a bit on that. The other cases as it relates to the $115 million INEC bribery as the media has sensationalised it, is also ongoing across the federation.

“We are looking forward to the time when we will, maybe, have her in the country, and of course, review things and see what will happen going forward. The case has certainly not been abandoned.”